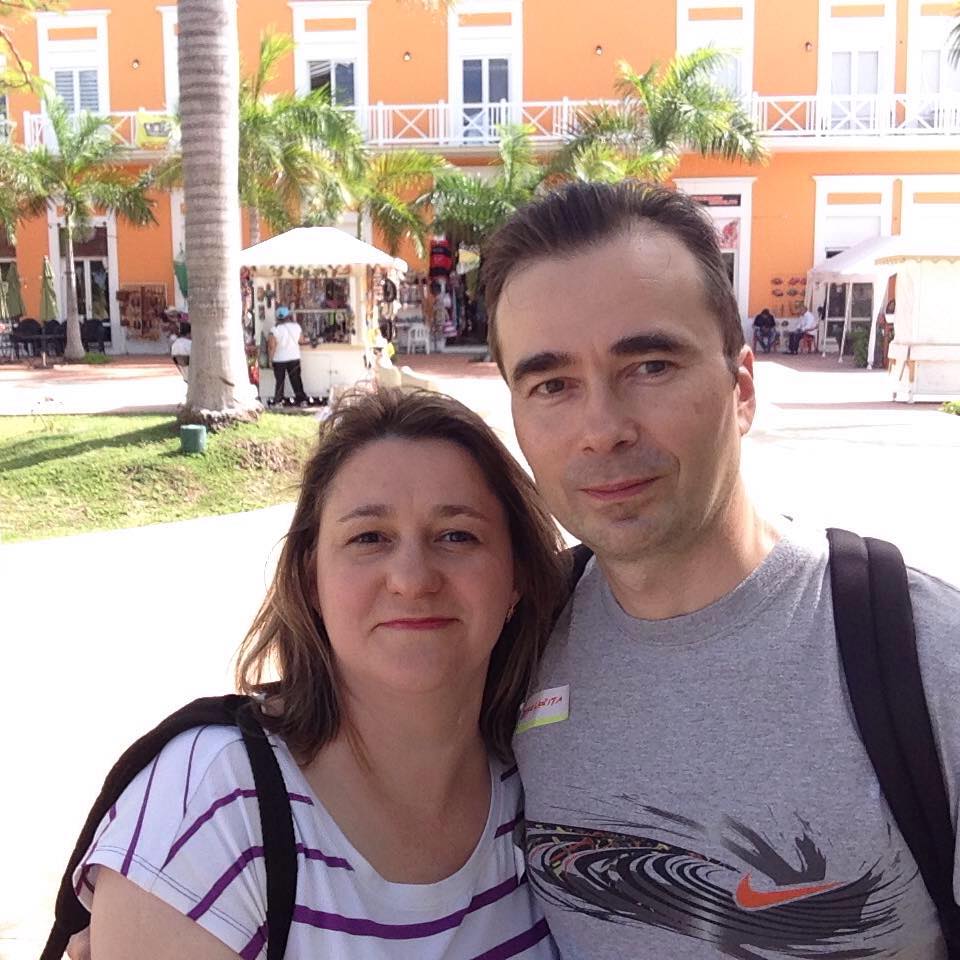 Vision Baptist Church provides a home where its people can live out God’s calling on their everyday lives to be messengers of the gospel here in the community and on the foreign field. From month to month, we would like to spotlight various members of our church body and the work they are doing to spread the gospel to others God places in their paths.

Two of those messengers of the gospel are Peter and Rayisa Skudarnov. About two and a half years ago, this couple, originally from Ukraine, felt God calling them to minister to Russian-speaking people. At that time, they lived in Acworth, Georgia, but knew that many Slavic people lived in the Alpharetta area, which was where Vision Baptist Church just happened to be located! Ironically enough, the first time they visited Vision was during the Missions Conference of 2015. They soon came to love the missions and outreach focus of the church. Vision Baptist Church turned out to be the only church they visited and that is where they stayed. After moving to the area this past summer, they joined Vision as members and started a Slavic Bible study for Russian-speaking people.

Peter and Rayisa Skudarnov were both born in the Soviet Union, where atheism and Communism were their way of life. Both of their families had no Christian background. In 1991, when the Soviet Union fell, many were spiritually hungry. At the time, Peter and Rayisa were both teenagers and were also searching for God. Both eventually got saved as a result of Christian literature that was sent to them.

At about 20 years old, while attending college, several events affected Peter and caused him to start thinking about God, specifically Him as Creator and the God of the Bible. At the time, Peter was reading a book that detailed the flaws in evolution and stressed the existence of a Creator. Additionally, the college canceled his class on the History of the Communist Party and offered an alternative elective—the History of Christianity. Peter took the class, where the professor taught through the four Gospels. Finally, posters for the students showed up in the mailroom. On these posters, Christ stood in the forefront holding the world in His hands, with scenes of fighting and tribulation in the background. The back of the poster explained that you must accept Christ as Savior in order to escape the end times. Peter decided that if God existed and he repented of his sins and he believed on Him, he had nothing to lose. So, he prayed and believed on Jesus Christ as Savior.

“Who is God?” “Who is Jesus?” “Why did Jesus have to come?” Questions like this began to float around in Rayisa’s mind during her teenage years. Providentially, just around that time, a friend shared with her an address and promised, if she wrote to it, she would receive something from the United States. Rayisa wrote to the address, hoping to get something cool from America. Little did she know she was about to receive something much cooler than she ever expected! In the mail came a book that told the story of Jesus and the early church in cartoons. Rayisa was not very interested in the cartoons, but the back of the book contained several pages that clearly presented the plan of salvation. These pages answered all of her questions, and when she had read all of it, she understood that she was a sinner in need of a Savior. She prayed the sinner’s prayer that was provided at the end of the book and was saved!

In their salvation and following, God has led Peter and Rayisa every step of their lives. When they met each other and got married, when they moved to America and eventually started attending a Baptist church, and now in their latest step of faith as they moved to Vision and started a Slavic Bible Study, God’s leading is evident all the way. God has provided for them the wonderful friendship of Sam and Rhonda Wilson, who also speak Russian and have been willing to assist them. They are planning to start Foundations as their next series in the Slavic Bible Study that currently meetings at 7pm on Tuesdays and ask that you pray God will send more people and give them wisdom on how to minister to the Russian-speaking people in our area.