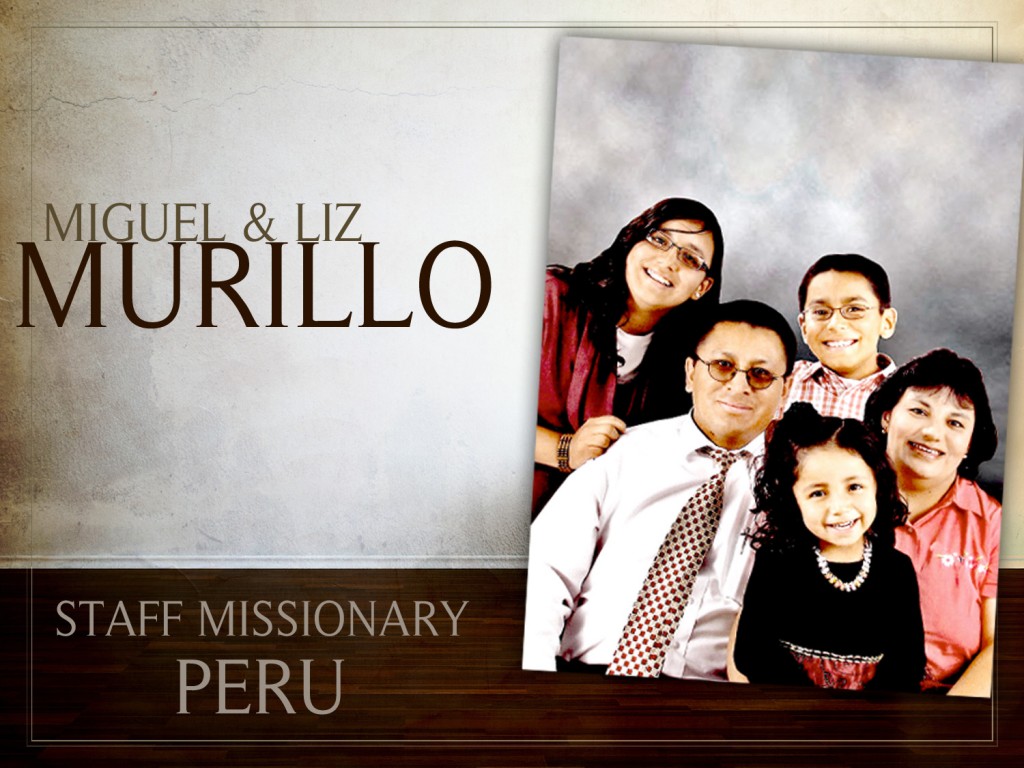 First of all, we would like to bring you some belated Christmas Greetings and wish you a Happy New Year full of blessings and service to the Lord.  We thank God for his faithfulness and generosity with us, especially in the past year.

On Friday, December 23rd, we held a Christmas party with 50 people in attendance and another on Saturday the 24th in another sector with almost 100 in attendance.  A “Chocolatada” (passing out hot chocolate with milk and paneton to the children as well as some toys), permitted us to present the gospel to those in attendance as well as to be able to work as a team.  It was a great work with pastor Edgar Aragon and his wife, as well as Jorge Nunez, a brother who is very faithful in the church.

Also, Brother Luis Ramirez was of great help.  He will be travelling for two months to Argentina, to help missionary Manuel Caceres.  He will be going to Lima around the 11th of January, and I ask your prayers for him.  His absence will leave us with a great vacancy, but we know that he will be of great blessing there!  We finished the year with a lunch with all of the brethren on Sunday, January 1, during which we had several visitors and an attendance of 38 people.  This month, we will be emphasizing spiritual maturity.

The young people in our church took a mission trip to the city of Cusco, Sicuani.  The youth pastor and the group that went with him was able to have a meeting with 100 people, half of which were adults, and they held a Sunday service on Sunday, December 11th.  We hope to be able to initiate meetings in the future (at least one per month) to be able to continue discipleship with them.

The young ladies in our church held a year-end banquet.  They work very hard in prayer, hospital visitation, and discipleship.  They also prepared Christmas letters for various missionaries and pastors of the church.  I could not imagine the church without them.

Later, we held a Christmas party for the children in our district on Friday the 23rd.   Four hundred and fifty people came, among which were children and their parents.  I was able to present the gospel to them and to take down their contact information.  I thank each of the brethren who made the event posible, giving gifts and providing food as well as the children’s pastor, Miguel Mego.  On Sunday, January 1, 2012, we will recognize the children who were most dedicated in their respective Sunday School Classes.

The young people of our church visited Peniel Baptist Church in Ilo and helped with their Christmas party, which saw 150 children in attendance.  We thank Pastor Samuel Huaman for his time and his hospitality.

Also, a sister in our church, Mela Mendoza, along with the supervisor at her work, organized a Christmas party for a group of children in Tica Tica, Cusco on Saturday December 17th.  Fifty children came, and I thank God for the generosity of our church to send an offering as well as for the time dedicated by the ladies.

The ladies held a very special banquet for them as well as for the leaders of the church.  It was an opportunity to express gratitude for a year of work and service.

We finished the year with a graduation ceremony on Friday, December 2.  There were six brethren this year that won the Jonathon Edwards Award.  I hope that God greatly uses these servants.  We are now preparing for the beginning of classes for this coming March.

Additionally, we sent three young people (members of Hunter Baptist Church) that were still studying to complete an internship in three different cities.  They are Joel Huisa and Luis Huisa who are in Pucallpa and La Paz respectively, as well as Alvaro Huarsaya who will be going to Callao on Tuesday, January 3rd.  I believe that the preparation of our young people goes much further than the classroom, and these months outside of their church will help them greatly  learn and share what they have learned.  I ask for your prayers for them.

This year, seven young people graduated on Monday, December 26th, among which was my daughter, Liz Andrea.  We are already preparing for next year, and I would like to say a special thank you for the way in which pastors Luis Navarro and Miguel Mego worked during this present year.

We always remember you in prayer