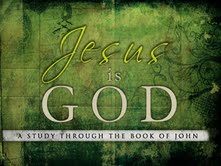 We had a great time Sunday as we continued through the book of John.  Pastor Trent brought two powerful messages to us from John chapter nine.  As Jesus and his disciples are walking, they come across a blind man.  In their mindset, the disciples assume that either this man or his parents must have committed some great sin for him to be born blind.  But the truth was this: this man was born blind so his life could glorify God.  This man was born blind so Jesus could prove to the people that he was the light of the World.

The truth is, we are all born blind.  Maybe not physically, but spiritually.  Our sin blinds us from the truth and what we are.  But Jesus Christ is the light of the World.  And as he knelt down to make clay and when he put it in the blind man’s eye, he was showing the world that he alone had the power to give light in the mist of so much darkness.  Pastor Trent asked us: Are you still blind?  Have you ever allowed the light of the World to give you light?  And if you have received the light, are you living out your life to glorify God?  The blind man was given blindness as a tool to glory God.  But even when he received his sight, he continued to use his life for that purpose.  He boldly told the world what Jesus did for him.  But so often, after we receive our sight, we quit glorifying the one who gave us light.  It is as if we love the sight more than the one who gave it to us…

If you were unable to hear these helpful messages, you can listen to them soon on sermonaudio.com.  Be sure to join us Thursday at 7:00 pm for our next service!